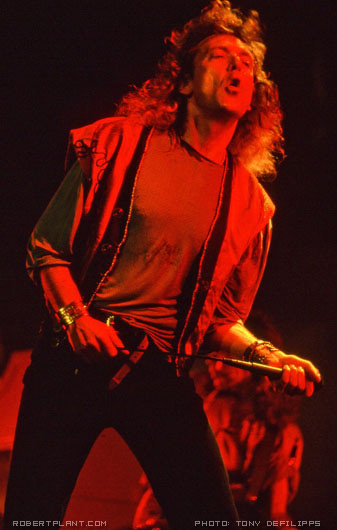 I always knew that Robert Plant was an aristocrat among rock stars.  Now, it’s official.  Plant was honored today as a Commander of the Order of the British Empire (CBE) by Queen Elizabeth II, according to Reuters News. I thought he’d been knighted, but not so.  See third comment below.  He can’t be called “Sir,” either, but if Elton John can be called “Sir,” certainly Robert can!

The Queen also granted awards to British fantasy writer Terry Pratchett and members of Britain‘s Beijing Olympics team, including a knighthood for triple cycling gold medallist Chris Hoy, Britain’s most successful Olympian at a single game in a century.

Plant has forged a successful career since Led Zeppelin‘s disbanded in 1980.  He reunited with surviving band members a couple of times for fund-raisers, including once in 2007.  Plant recently collaborated with singer Alison Krauss on the celebrated album “Raising Sand.”  I saw Plant and Krauss when they toured this year.  They were fantastic!  To find links to my posts about Plant, Krauss and Led Zeppelin, see below.  Click on the post headlines to see the photos, if they don’t appear at first. 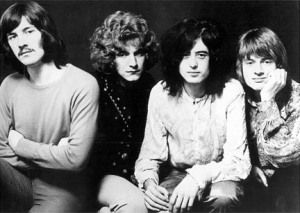 Led Zeppelin in 1969 at the beginning of the band's career.

The CBE honors are bestowed in the name of Queen Elizabeth II and are recommended by a panel that considers suggestions from British government departments and political parties as well as from members of the public, according to Reuters.

The Most Excellent Order of the British Empire is explained here.