In this short video, one of the Money Bayou bald eagles calls to its partner on the nest in another dead pine tree nearby.

Bald Eagle and Eaglet in a Nest in a Dead Tree in Florida.

A bald eagle pair living near Money Bayou, Florida, have become local celebrities. Residents in the area have observed the eagles for many years, including the very difficult time when Category 5 Hurricane Michael hit the area in October 2018 and destroyed the nest. The bald eagles returned to rebuild the nest.  People are often parked near their nest tree and nearby perching tree to watch and photograph them. The pair raised at least one eaglet in 2020.

My family and I enjoyed watching the bald eagles, too, during a visit to Money Bayou in February in 2020. We first saw one of the bald eagles flying over Money Bayou Beach and then perching on a tree overlooking the bayou and the beach beyond.  Eventually, I saw the nest.  I didn’t learn about the bald eagles’ celebrity until I saw the book about “Jack” and “Elizabeth” and their eaglet “Miracle” in the Indian Pass General Store.

A bald eagle does a little beach combing on Money Bayou Beach, Florida.

The story of the bald eagle pair is chronicled in this book The Bald Eagles of Money Bayou: An Almost True Story by Valerie Seyforth Clayton. You can read about the book here: “Chronicling a love of eagles as life lesson.” The book contains a lot of great photographs of the eagles.

The bald eagles in Florida’s Gulf County area fly to Tennessee in the summer, according to Sophia, a biologist at the St. Joseph Bay State Buffer Preserve,  which is not far from Money Bayou. There are also bald eagle nests in the Buffer Preserve. 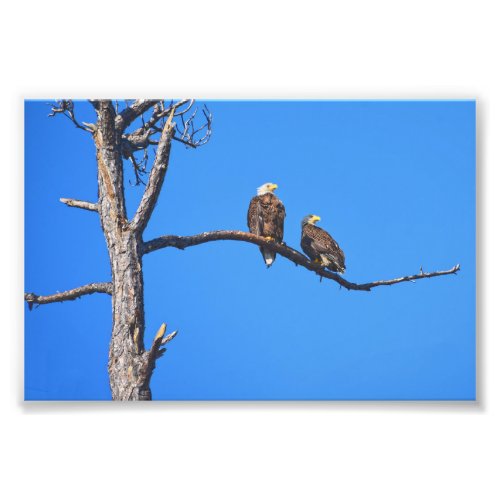 Falconer and His Hawk in Mexico

A Harris’s Hawk stands on a falconer’s gloved fist at a Cancun, Mexico, resort.

I’ve been reading “H is for Hawk” by Helen MacDonald, about a woman training a goshawk, and I took the book to a resort in Cancun, Mexico, where my husband and I were attending a wedding. So with falconry on my mind, I was excited to see a man with hawk at the resort. My husband spotted the bird first. He trained his own hawk many years ago.

I rushed over and asked the man many questions and took some photos (lucky to have my camera with me.)

The bird, a Harris’s Hawk, named Runner, was two years old and had been bred by the man’s family, which has been in the bird breeding and training business for five generations (now including his son.) It took three months to train the bird to return to the fist. “He thinks of us as his parents,” he said.

He calls the bird back to his fist with a click and then feeds it. The bird is gentle (except with food) and good with children.  I was able to pet it a little.

The man brings Runner to the resort about three times a week to discourage smaller birds from taking up residence in the trees and around the pool, where they would leave bird droppings, and at outdoor restaurants.

The man said that Harris’s Hawks were very smart and were some of the few birds of prey that hunted in groups.

“They are called the wolf of the desert,” he said. “They live in Sonora and Chihuahua.”

The Harris’s hawk (Parabuteo unicinctus) formerly known as the bay-winged hawk or dusky hawk, is a medium-large bird of prey that breeds from the southwestern United States south to Chile, central Argentina, and Brazil

Runner lives in the man’s house, along with 18 other birds. “They live like kings.” In all, the family business owns 300 birds that they have bred, including eagles and macaws in addition to hawks.

I wish I would have thought to ask him his name and the name of his business, but at least I was able to take some photos.

A falconer brings a Harris’s Hawk to a Cancun, Mexico, resort to discourage smaller birds from hanging out on the grounds and pool areas, where they might soil the landscape. Clockwise from the upper left, the hawk flies to a palm tree; the hawk sitting in a tree; a little girl petting the hawk; the hawk resting on the man’s gloved fist; and the hawk eating some food after being called back from the palm tree with a click.

About the Harris’s Hawk.
“H is for Hawk” by Helen MacDonald

A Great Blue Heron watches for fish at the base of a waterfall at the Watts Mill Historic Site in Kansas City, Missouri.

I’ve driven by the Watts Mill Historic Site a thousand times. Although it’s somewhat hidden,  it’s across from where I bought groceries for many years and down the street from my stylist’s former salon. I’d picked up my husband many times at the nearby car dealer when he was getting his car serviced. Favorite restaurants were nearby. How could I have missed this idyllic spot? I even knew about it. I just didn’t realize how peaceful and lovely it would be, nestled as it is among shopping centers and car dealerships.

My friend Lynn and I were on a photography expedition, and she pulled into the parking lot to check out the falls for a photography opportunity. We’ve had a lot of rain, so the water was really flowing.

The park, at 103rd and State Line, was a campsite for people heading out on the Oregon, California and Santa Fe Trails. The area that is now a park was the site of gristmill, built in 1832, known as Watts Mill (first known as Fitzhugh’s Mill), and then Watts Mill. The park is situated on the banks of Indian Creek where the creek flows across flat rocks and tumbles over a waterfall. This location was dedicated June 10, 1974, as a historic site.

Also enjoying the creek were plenty of Canada geese and mallard ducks, as well as songbirds.

The Great Blue Heron (Ardea herodias) is a large wading bird in the heron family Ardeidae, common near the shores of open water and in wetlands over most of North America and Central America as well as the Caribbean and the Galapagos Islands.

A mother duck leads her ducklings through Deanna Rose Children’s Farmstead to a pond.

I love to visit the Deanna Rose Children’s Farmstead, even without children in tow. I try to go a couple of times a summer, but this year I didn’t go until mid-July and at almost noon. It was hot and sunny. I was soon drooping until I spotted a mother duck with her ducklings following close behind her. I knew she was heading to the swan pond so I followed her, snapping photos as quickly as I could. She was fast! I wish I would have captured at least one of the ducklings jumping into the pond, but they were too fast for me to focus.

If you click on the photo collage, you’ll get a larger view.

About the Deanna Rose Children’s Farmstead.

I Gotta Crow About Kauai Chickens

A chick stopped to take a drink in the rainwater in a snorkel mask in the yard of the house where we were staying. His mothers and siblings are just ahead.

Clucking and crowing chickens, crashing waves and whirring helicopters are the sounds I’ll always associate with Kauai, the oldest of the main inhabited Hawaiian islands.

Every morning during our too-short visit to paradise, my husband and I awoke to huge waves crashing on the beach in the bay outside of our house and the crowing of roosters.

A mother hen and her chicks would make the rounds of the neighborhood several times a day. First, you’d hear the cheep cheep cheep of the chicks and then the occasional cluck of the mother as they pecked their way through the grass and bushes of the yard.

Helicopters were often crossing the sky to take tourists to view the many incredible sights, which have often been filmed for movies (“Jurassic Park,” is one example.) I’ve only been in a helicopter once — to fly over Maui almost 20 years ago. It was gorgeous, but I haven’t gotten up the nerve to get into a helicopter since. My husband and I did take a boat trip on this vacation. First time I ever got sea sick. (More about that later…)

Mother hens and their chicks were everywhere on Kauai.

Chickens were everywhere! Other islands have wild chickens, (A rooster showed up for my son’s beach wedding in St. John in the U.S. Virgin Islands) but Kauai has CHICKENS. On every trail, on the beaches, in shopping center parking lots, on the sidewalks outside of restaurants, in parks, in churchyards, every neighborhood, everywhere. They are gorgeous and colorful. They are descended from the Junglefowl that the ancient Hawaiians brought with them centuries ago. They’ve bred with other types of chickens that others have brought to the island, but have mostly retained the gorgeous Junglefowl coloring. The chickens have no predator, other than man and cats, so they thrive.  People say they aren’t good to eat, so they are mostly even safe from humans. There are mongooses on some of the other islands, such as the Big Island and Maui, which eat chickens and eggs. There are mongooses on St. John, too. But mongooses were never introduced to Kauai.

Here’s What I Wrote About The Mongoose in an Earlier Post.

Here are some of my chicken photos. Yes, I do like to take photos of chickens, maybe a little too much.

Don’t Be a Silly Goose! Fly South for the Winter!

Recently, I was walking Loki, the family dog, when I saw a flock of Canada Geese (a gaggle ?) on a frozen pond in my Kansas City area neighborhood. It was a beautiful sight. The low afternoon sun cast a golden glow onto the melting water, reflecting the geese and the yellow foliage of grass and cat tails. If you didn’t look too closely, you wouldn’t see the goose poop scattered artistically across the frozen surface. I took the dog home and returned with my camera. The geese don’t like paparazzi, so they headed to the opposite side of the pond.

These geese like the neighborhood.  After a heavy snow, I saw the geese gathered on a golf course, taking advantage of a lack of golfers.

This golf gallery is a gaggle of geese gawking on a golf green (now white with snow.)

Birds on a Snowy Day

Whenever it snows, birds of all kinds flock to our bird feeder. Most of the birds wait on the nearby trees for a spot on the feeder. Our two cats love the snow, because it’s excellent bird-watching. They seem to know that there’s no chance of catching any birds, but they are vigilant anyway.

I hate snow, but our cats love it.  It’s great for bird watching.  We got about a foot of snow today in the Kansas City area, and the forecast calls for more.  The crowds at the bird feeder were huge today. I saw five pairs of cardinals, black-capped chickadees, blue jays, doves, nuthatches, a red-bellied woodpeckers and some birds I didn’t recognize. Click on the photos for a better view.

When the snow was falling hard, birds mobbed the feeder and filled the nearby trees as they waited their turn. When the snow stopped, the traffic thinned out. In the bottom photo, a cardinal leisurely eats his meal.