The Hottest Pepper in the World 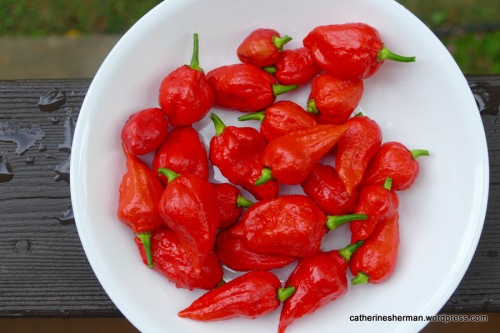 The harvested crop of Carolina Reaper hot peppers are a brilliant scarlet. We’ve probably picked a peck of peppers, and there are more on the plants!

Last year, a friend gave my husband one Carolina Reaper hot pepper, considered to be among the hottest peppers in the world.  After my husband used the pepper very sparingly in chili and other dishes, he saved and planted the seeds.   The seeds sprouted and prospered.  He repotted the plants as they grew.  He kept four plants and gave away several more pots of pepper plants to friends and family, who said they liked hot peppers.  As the plants grew even larger, he gave away two more.  The remaining two plants produced enough hot peppers to destroy the taste buds of the population of our county.  The peppers didn’t seem to be as hot as the original pepper (the Scoville Scale link below explains why that might be the case), but they were still very hot — too hot for me! 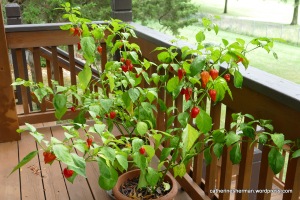 Half of the ripe Carolina Reaper peppers have already been picked from these plants. Very prolific!

Many people do enjoy really hot peppers.  Last year, I attended (as an observer) the Hot Pepper Eating Contest in Palestine, Texas.  This year (2017), the Palestine Hot Pepper  Festival is Oct. 21. Links to the festival and my blog post about 2016’s festival are below. 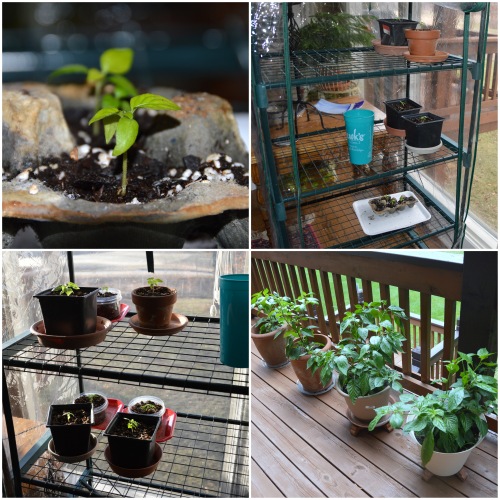 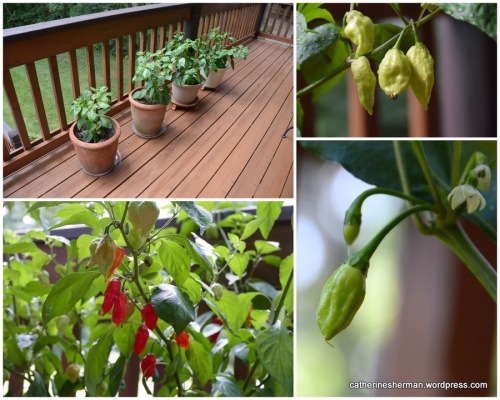 My husband kept four Carolina reaper plants, but eventually gave two more away. Like many pepper varieties, the Carolina Reapers start green, then turn yellow. In their ripe stage, they are a beautiful brilliant red color.

The Scoville Scale Measuring the Hotness of Pepper Varieties.

The Hottest Little Festival in Texas.