“Whale” You Help Me? 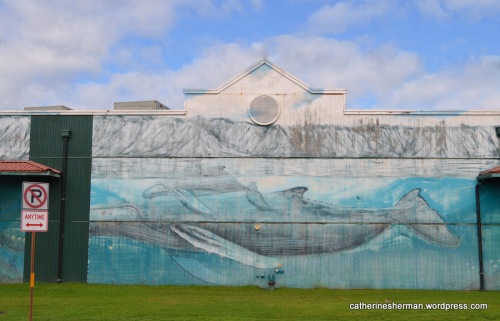 I grew up in Kansas, far from any ocean (though I was born within a stone’s throw of the Potomac River in Virginia), so visits to the ocean were rare, and I didn’t see a whale until I was an adult. But once I did, I was hooked. Who can resist the majesty of whales, their power and grace? I admit, I’m a landlubber, so the pull of the traveling the deep, blue sea is lost on me, but I love the creatures that live within it.

Some of my best photos of whales are of murals…I think these are all of Humpback whales. Can someone help me identify them?

I don’t have any good photos of a recent whale watching trip my husband and I took off of the Na Pali coast of Kauai, because my camera had to be put away in a waterproof area because of the 17-foot swells (as tall as the boat!).  Also, I spent at least fifteen minutes with my face in a bucket, my first time ever being seasick, after having been on ocean-going ships dozens of times. The captain warned us that the sea would be rough, but I thought I was an old salt and wouldn’t have any problem. Wrong!  Had an entire pod of whales been performing the Nutcracker Suite within feet of the boat, I wouldn’t and couldn’t have looked up from my beloved bucket.

After my stomach calmed, I did see a month-old humpback whale breaching time after time very close to the boat, it was wonderful! (Sadly, no photo.)  You could tell this baby was having such a fun time. 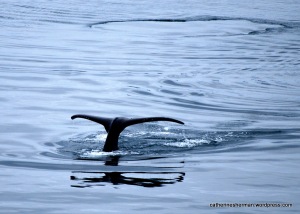 In addition to being in the right place to see whales, you also need to be there at the right time. One February, we watched Humpback whales off the coast of the Big Island of Hawaii.  They winter in Hawaiian waters.  Then that summer, we saw Humpback whales in Glacier Bay of Alaska, their summer feeding grounds.  In January 2013, we looked for whales off of the coast of South Africa, too, but it wasn’t the right season, alas. 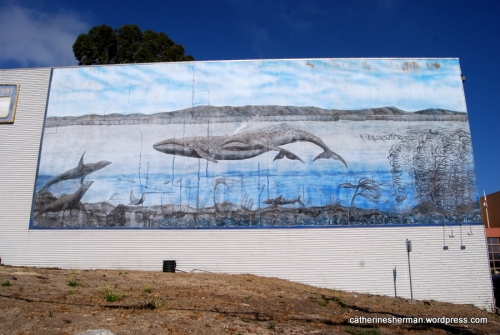 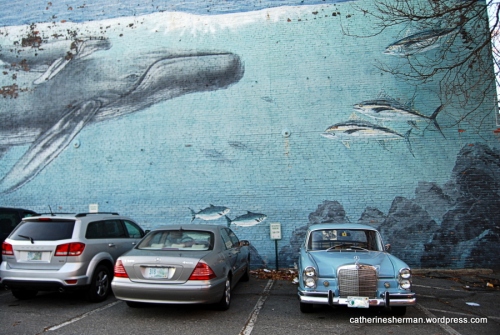 Sadly, there are still whalers in modern times.

A List and Photos of Cetaceans: Whales, Dolphins and Porpoises.

“In the Heart of the Sea: The Tragedy of the Whaleship Essex,” which inspired inspired Herman Melville’s novel “Moby-Dick.”

“In the Heart of the Sea” film, directed by Ron Howard, scheduled for release in 2015.

About the novel “Moby-Dick.”