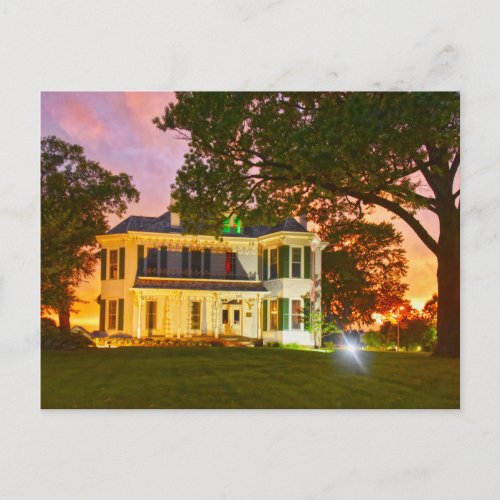 A beautiful sunset sky is a backdrop for the historic Lackman-Thompson farm house in Lenexa, Kansas. The farmhouse is part of the Lackman-Thompson estate, which includes a brick barn, used for events, and several historic out buildings.

The Lackman-Thompson estate was once home to Margaretha and William Lackman, German immigrants who came to America in 1885. The Lackmans sold their estate to Kansas City horse and mule dealer Frank Thompson in 1908.

In 1932, the farm’s original barn burned down, which gave Thompson the opportunity to build a new brick barn — the barn that still stands today. The Thompsons’ son, Hugh, sold much of their estate to be developed into Southlake Business Park and bequeathed the remaining land to the Johnson County Community College Foundation.

The Lackman-Thompson Estate was placed on the Register for Historic Kansas Places — the only structure in Lenexa to receive the honor. In 1996, The JCCC Foundation offered the property to the City of Lenexa to preserve it and put it to good public use. Lenexa worked with many partners, including the Kansas State Historical Society, to honor the agreement.

The original Lackman house is now the home of the Lenexa Chamber of Commerce, Convention & Visitors Bureau and Economic Development Office. The city restored the barn, preserving its historical character as well as modernizing it. 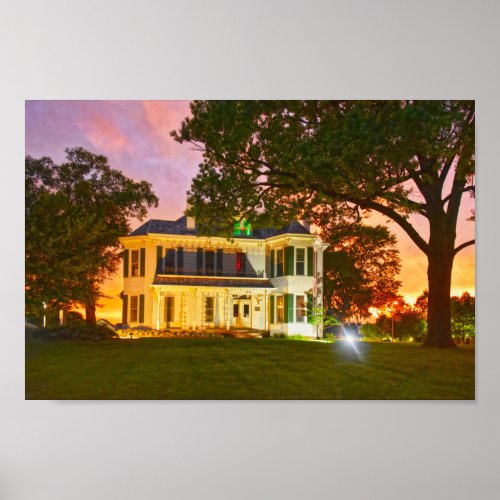 Howdy from the Eiffel Tower in Paris, Texas

On a recent drive home to Kansas City from a wedding in northeast Texas, we detoured to gawk at the Eiffel Tower replica in Paris, Texas.  Ok, I’m the only one of the three of us to gawk…I have this thing for oddball roadside attractions.

This Eiffel Tower isn’t the tallest replica in the world, but it’s the only one sporting a cowboy hat. Following a tradition of American cities named “Paris”, Paris, Texas constructed a 65-foot (20 m) replica of the Eiffel Tower in 1993.  Paris, Tennessee, dedicated an Eiffel Tower replica in the same year that was 60 feet tall.  (The Tennessee version was moved from Memphis and refurbished in its new Paris location in 1993.) The cowboy hat insures that the Paris, Texas, tower stands taller.

Both replicas are dwarfed by the 540-foot-tall Eiffel Tower replica along the Strip in Las Vegas, Nevada, built in 1999. The original in Paris, France, is 984 feet tall.

Paris, Texas, calls itself the “Second Largest Paris in the World.” The town boasts 25,171 residents, as of the 2010 census.

Eiffel Tower Replicas Around The World